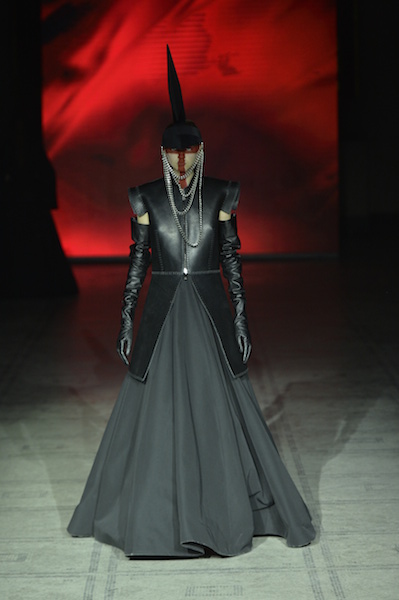 Well, this is a designer that needs no introduction. Even though he moved to Paris for a decade-long period, Gareth Pugh never stopped being relevant, and his London comeback was even stronger than expected. The designer, who is refreshingly honest in an overwhelmingly commercial industry, revealed that it’s never about selling clothes, becoming a mega brand or being brought by a conglomerate. The Central Saint Martins graduate doesn’t just cut fabric, he slices it. He doesn’t just design clothes, he constructs them as if they are architectural buildings. He doesn’t just put up a show, but continuously creates an all-enveloping atmosphere through film, music, and dance along with the garments. Welcome back to London, Gareth Pugh!