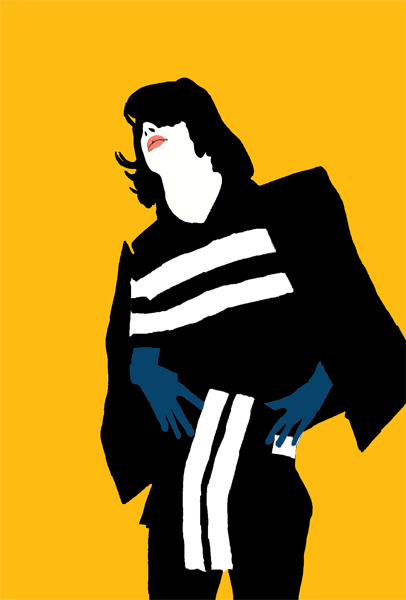 DASH has teamed up with the talented London College of Fashion fashion illustration students  to create a train of thought regarding the topic ‘Gender / No Gender’ to be expressed visually in an illustration underlining the upcoming artists’ style of line. After Dominika Drotos, Federica Micheli, Josie Payne and Skit Kellington this week we feature work by Robson Stannard. About his illustration he says:

‘I wanted to pursue a digitalised drawing as I felt that in the transgender/genderless community it’s a means to gain social acceptance and equality. After having seen her rise to stardom with numerous campaigns and walks under her belt, In particular the ‘And Other Stories’ campaign, I decided on an image of Hari Nef.’