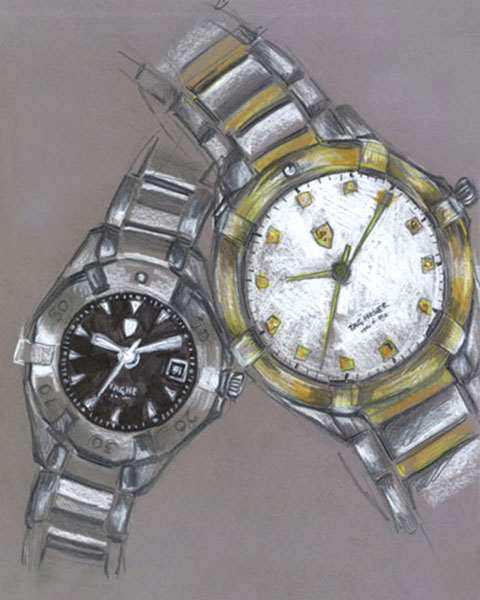 Jean-Claude Biver, TAG Heuer-CEO and LVMH watches president, together with Red Bull Racing team’s principal Christian Horner, has announced TAG Heuer to become official timekeeper, supplier and partner of Red Bull Racing’s team. It will be the first time the name of a watch manufacturer will be seen as part of the official Fomula 1 racing label. The partnership is expected to excel through unconventional and innovative character, which is to give proof during the length of the full Formel 1 Paddocks season.

Furthermore, TAG Heuer has presented their special edition of skis, developed with market leader Stöckli – right on time for the winter season. The two Swiss brands are geared to avant-garde, quality and performance, and both campaign for Swiss values, including an affinity for the Swiss alps and cutting-edge technology.

The Australian actor Chris Hemsworth is their new ambassador and campaign model for the TAG Heuer Carrera Heuer-01. He played the F1-racing driver James Hunt in the film ‘Rush’, which was supported by TAG Heuer in 2013. With his international profile and professionality, Chris Hemsworth incorporates their slogan ‘Don’t Crack Under Pressure’ perfectly.