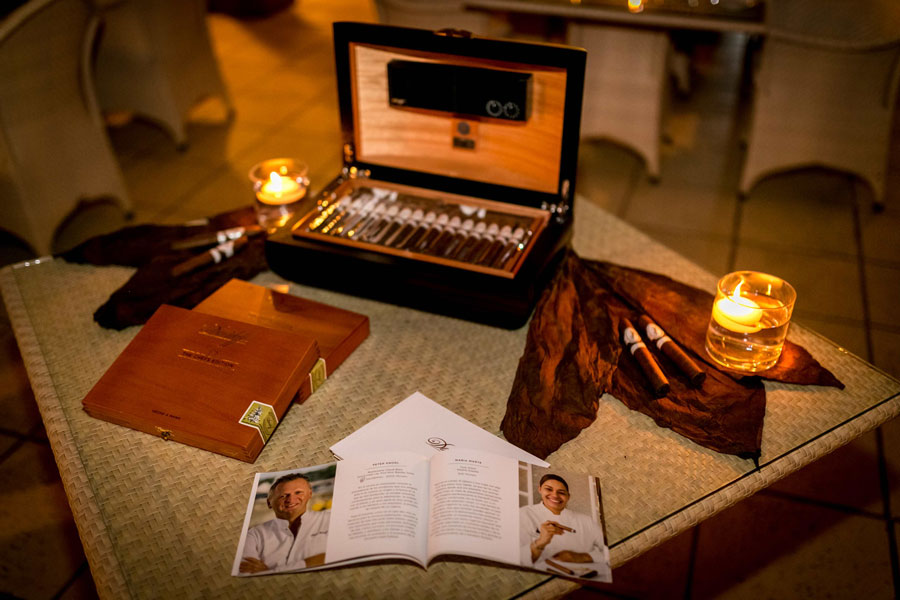 “We’re a global team working towards a common goal with integrity, passion and innovation: to enthuse our customers with unique brands and an incomparable shopping experience.” Oettinger-Davidoff has roots in the ‘crop-to-shop’ philosophy and follows the strategy of vertical integration from the tobacco fields in the Dominican Republic, Honduras and Nicaragua to the global network of the over 70 Davidoff flagship stores. Here is their story of success:

It was 1875, when Max Oettinger opened his first ever cigar store on Basel’s Eisengasse 9 in Switzerland under the name of ‘Habana-House’, where he sold imported cigars, barrels of tobacco, cigarette tobacco, pipes and other items for smokers’ needs to the world. At the start of World War One, the company counts amongst the three most popular tobacco houses in Switzerland. It has come a long and successful way since then. It was Dr. Ernst Schneider, who began positioning Davidoff as an international brand in the 1970s, and from 1991 all handmade cigars from the Oettinger Davidoff group are produced in the Dominican Republic. 2007 saw Davidoff’s 350 meter square flagship store in New York celebrating its 20th anniversary including the world’s largest, two-storey humidor, where over 5’000 selected, hand-rolled cigars from leading manufacturers from all over the world are stored. A year later in May, the company launches ‘Winston Churchill’ cigars worldwide, a licensed product, which will lead to great success, while the world’s oldest Davidoff store in Geneva celebrates its 100 year anniversary in 2011 with ‘100 years of excellence in fine cigar retailing’.

Yet it wasn’t until 2012 when Davidoff reinforced its presence in the world of modern and contemporary art – as associate partner of Art Basel in Basel, Miami Beach and Hong Kong and by announcing the ‘Davidoff Art Initiative’, which engages beyond the fair’s sponsorship for applied arts. Goal is to make a continuous contribution, especially in the Dominican Republic and the Caribbean, where many of the company’s products are cultivated and manufactured. Through their four global program realms ‘Art Residency’, ‘Art Dialogues’, ‘Art Grants’ and ’Art Editions’ the Davidoff Art Initiative builds on a longstanding commitment towards art, craftsmanship, community and quality. 2015 marks the conquest of the Asian market while this year it’s the introduction of a Brazilian cigar series as well as the celebration of its 140-years jubilee. We congratulate and shall hear more about their art initiative shortly.