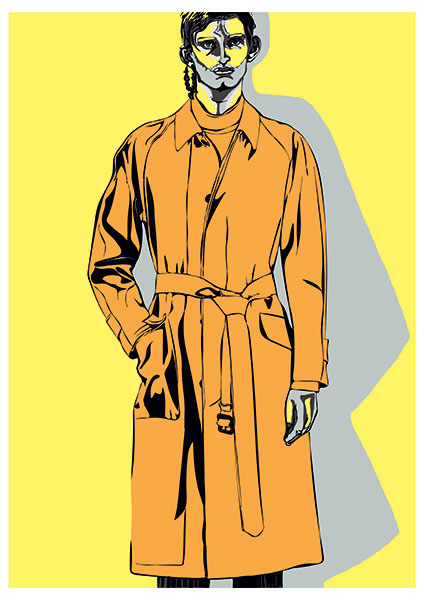 This season for the Men’s Spring / Summer 2017 collection, Alexander McQueen presents looks enthused by the swinging-London epoch and the British Raj – the period in which the British ruled on the sub continent. With exciting cool prints such as a tiger on suede, a postcard and post stamp print, crocodiles, florals, letters and drawings on silk or a psychadelic paisley, the collection is fantastic to look at. On the accessory side, gothic elements such as face embellishments as well as religious aspects contrast the clothing. Most of the looks beheld the 1960’s with double-breasted and trench coats and bangs of colour such as an all-red suit. High-neck granddad collars give an Indian-influenced feel and an aura of lurid sensibility. Alexander McQueen himself was always intrigued by cultures and eras and this compilation conveyed the British Raj beautifully.