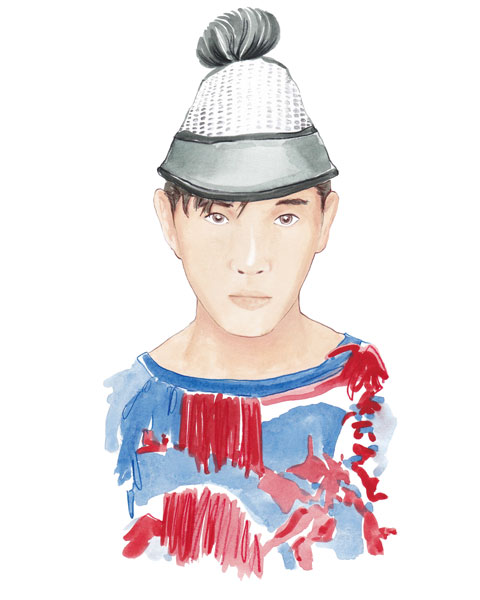 It’s a peculiar experience to smell the pungent odor of salami wafting through the hallways of The Westin in Paris, where Henrik Vibskov’s Spring/Summer 2017 took place on Day Four of Paris Fashion Week. But that’s what happened and for all good reasons. Step into the hall where Vibskov was to present his collection shortly, and you were greeted with the sight of salami – racks and racks of salami. Of course, this wasn’t real salami but a stuffed cloth tube. Yet it made its point quite clearly: Though we were served literal salami on platters, we could imagine ourselves in a butcher’s meat locker, where the clothes were cold cuts of a different sort. The patterns this season were cut and shaped to inspirations from the martial arts, but the strength of the collection could be found in the mixing of Asian crests and iconography with Vibskov’s flare for strong prints and outerwear.