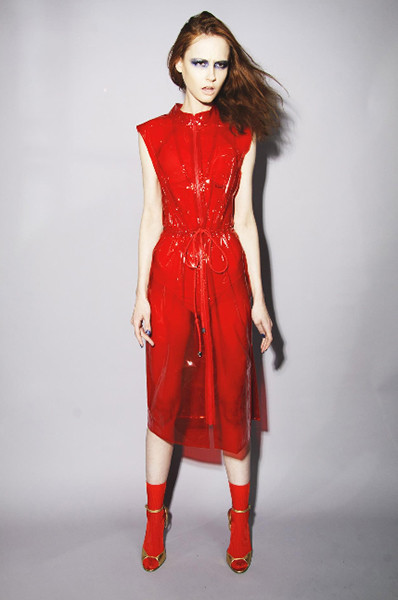 Chic Freak‘s aim is to rid PVC off its fetish association by making wearable, sophisticated clothing. For Autumn / Winter 2014 the goal was to dress a modern-day version of Charlotte Rampling in the 1974 film ‘The Night Porter’. We see glowing reds and blues as well as clear material with black printed on. The brand’s celebrity fans include The Noisettes’ Shingai Shoniwa amongst others.