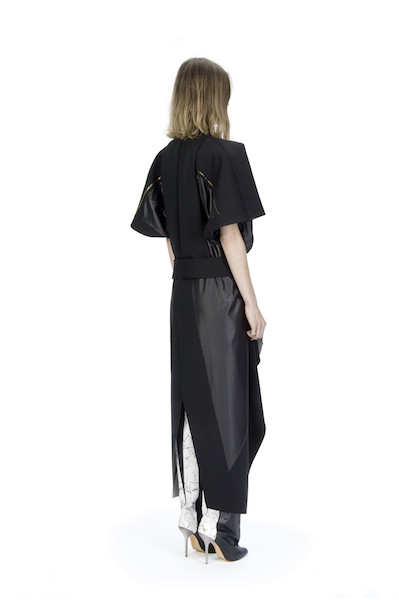 Giorgi Rostiashvili was recently selected as this season’s winner of the Danish Designers Nest Show for his BA final collection ‘SUBSTRATUM’. Having graduated from the Royal Danish Academy and, inspired by the Americanisation of Japan, his collection focused on the Japanese obsession with the United States after World War II and the western influence on Japanese women’s wardrobes, resulting in a strong emphasis on layering with juxtapositions of textures and shapes.