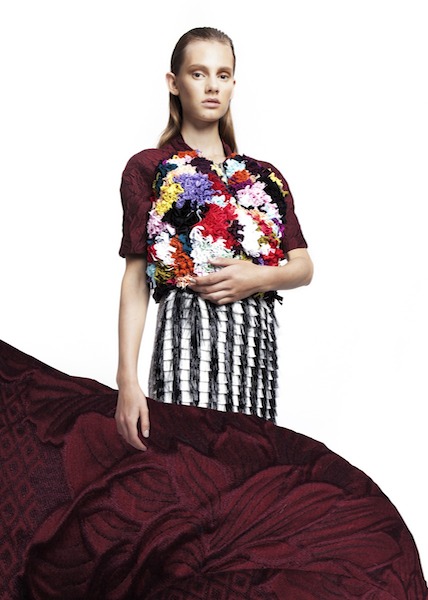 Inspired by the likes of Matisse and Kokoschka for her Spring / Summer 2015 collection, Liselore Frowijn is a young designer to look out for. Winner of the Chloé Grand Prix at the Festival de Hyères 2014, the Amsterdam-based designer is a graduate from ArtEZ Institute of the Arts in Arnhem where she graduated in 2013 with her collection titled ‘Afternoon of a Replicant’. The concept for Frowjin’s latest collection is ‘Fracture Space’, which exhibits relaxed and minimal silhouettes and a colour palette with a resemblance to Matisse’s. Her upcoming Autumn / Winter 2015 collection will be presented during Paris Fashion Week in March 2015.