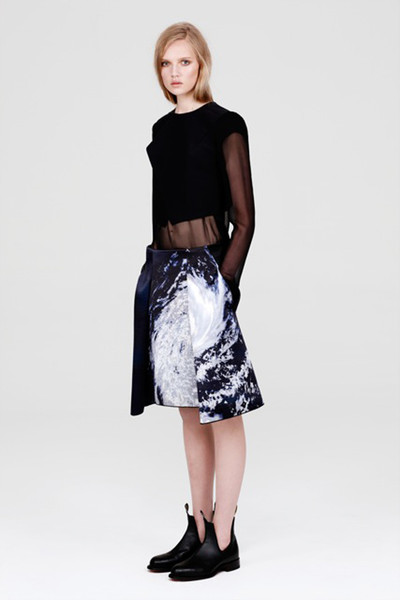 Dion Lee launched his eponymous label in 2007 in Australia. Known for his extraordinary talent for patternmaking, Lee is consistently intrigued by the ideas of balance and contrast, as he says, ‘particularly as they appear in chemistry, physiology and the creative arts’. The result is clothing that takes a near-scientific approach to fashion as well as retains a sense of viability, which is rather unusual in modern designs.