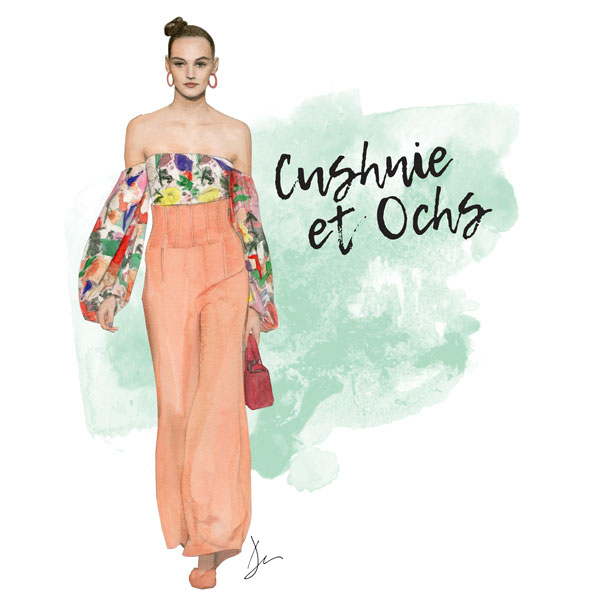 Flowers. She wore them in her hair and painted them, partly as a symbol of her heritage and partly due to their symbol of fertility and fecundity, as she herself could not have any children herself. Frida Kahlo has been and still is not only a style icon but a massive inspiration to many. Carly Cushnie and Michelle Ochs are no exception and chose Kahlo as the muse for their Spring / Summer 2018 collection.

The complexity of the artist’s personality is stripped down and visually described with sleek silhouettes in the signature style of Cushnie et Ochs, presenting a contemporary and urban feminine aesthetic adorned with energetic and striking details. Flowers are splattered across a sheath dress finished off with smooth ribbons on the shoulders. Blossoms appear as accent points for example to create a sleek and elegant little black dress look, embroidered in a three-dimensional way on black thigh high boots.

Adding to an implied feel of Kahlo’s Latin American heritage, ruffles on trousers, off-the-shoulder tops and skirts in solid hues, recall the lengthen layered skirts worn by the artist as a cache of the difference between the width of her legs due to her early age polio.