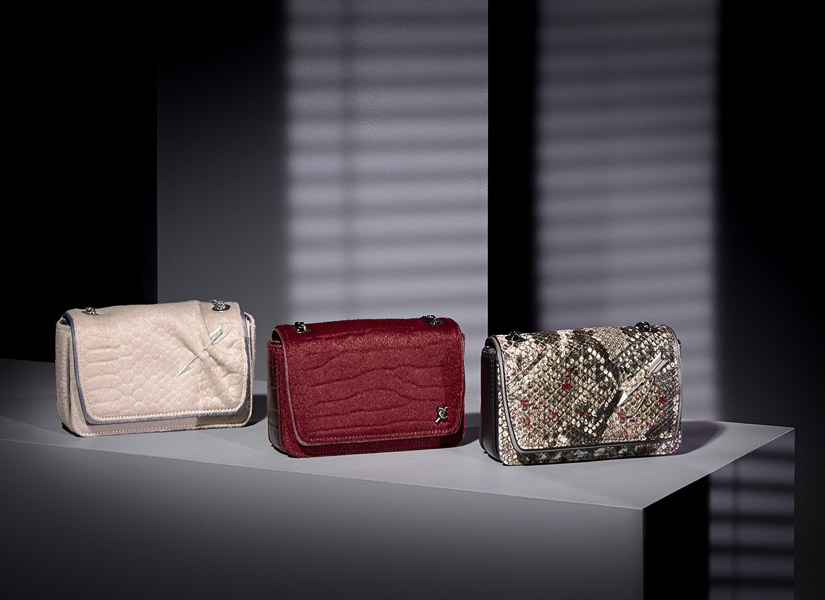 Marios Schwab is a Greek-Austrian, London-based fashion designer known for his unique interpretations of natural forms. He started his career at the ESMOD fashion school in Berlin and after graduation moved to London where he launched his first collection in 2005, following his womenswear MA graduation from Central Saint Martins. He was awarded Best New Designer at the British Fashion Awards in 2006, and in 2007 he debuted on schedule at LFW for Spring / Summer 2007, where he still continues to show his work. As part of his most recent collaboration, Marios Schwab for Fiorelli, Marios created a capsule collection of seven key bags. His main inspiration for it came from the flirtatious youth, spontaneity, and a sense of the eclectic and personal. The bags will be available online and in stores from September 2015.