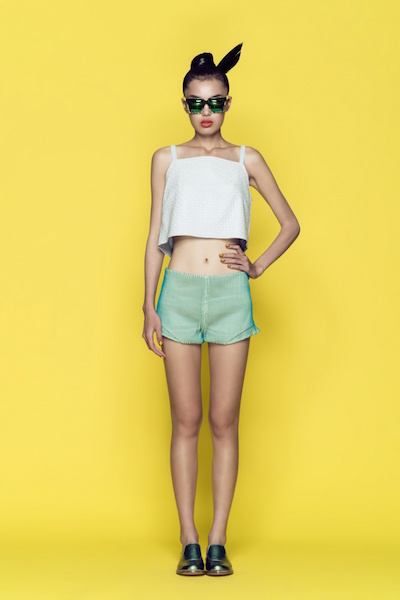 Originally hailing from Hong Kong, designer Wenjun is a 2007 graduate from the Gangzhou Academy of Fine Arts. In 2010, she graduated from Studio Berçot, Paris, after studying fashion design there. With experience gained from working at international brands such as KENZO, Valentino or Givenchy, Wenjun launched her own brand W by Wenjun in 2013. Her Spring / Summer 2015 collection with pretty pastels and candy-coloured minimal outfits is for the fun, energetic and confident woman.